Foundry is a historic, progressive United Methodist Church that welcomes all, worships passionately, challenges the status quo, and seeks to transform the world through God’s love. Drawing upon long-established rituals and spiritualities, we aim to be innovative in our efforts to be a place of positive change within Christianity, within our denomination, within ourselves, and in the world.

Love the Lord your God with your passion, prayer, intelligence and energy, AND love others as you love yourself.

OUR HISTORY OUR STAFF

We believe in Jesus Christ

Everything we do begins with Christ. We remember how he ministered to the poor, fed the hungry, healed the sick, befriended sinners, welcomed the shunned, and sacrificed himself to save us. He rose from the dead and gives us hope.

We welcome the hard work of prophecy

Our close proximity to power gives us the chance to speak for the powerless. We are mindful that prophets examine themselves closely before sharing their message with the world.

We serve God by serving others

We remember the second of Christ’s greatest commandments is to love each other. We make personal commitments to working with people in our neighborhood and around the world.

We believe our minds are great gifts from God

We are intellectually honest and curious. We view science, scholarship, and other religious traditions as tools to discover the wonder of God’s Word and creation.

We sing, pray, and study with passion, intellect, and energy. We are an Easter people, and we are glad.

We honor humanity as well as divinity

We believe all people are children of God, and we treat them that way.

We make especially sure that people who feel excluded elsewhere are welcomed and invited to be an integral part of our congregation.

God blesses us with time, talent, money, opportunity and the Earth we now call home. We strive to be responsible stewards of God’s great bounty.

Our Statement of Reconciliation (revised May, 2017)

As approved by LGBTQ Advocacy Team, 5/16/17
Foundry United Methodist Church strives to be an inclusive congregation committed to the reconciliation of all people to God and to one another through Jesus Christ. We believe the Holy Spirit dwells in all, and we invite all people to share our faith, our community life and our ministries. We celebrate diversity; whether you identify as lesbian, gay, bisexual, transgender, straight, queer or any other identity, we affirm you and we believe God does the same. To all, regardless of age, race, color, ethnicity, immigration status, gender identity, sexual orientation, marital status, economic condition, or physical or mental ability, we proclaim: God loves you, and we love you. We welcome you, and we invite you to join us on our shared journey. 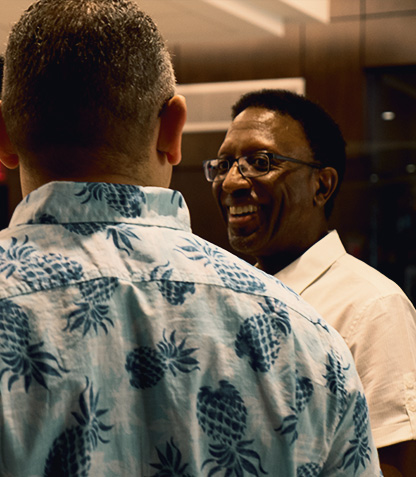 To be an intentional covenant community that:

THE BASICS OF METHODISM

The Methodist branch of Protestantism traces its roots back to 1739 where it developed in England as a result of the teachings of John Wesley. While studying at Oxford, Wesley, his brother Charles, and several other students formed a group devoted to study, prayer and helping the needy. They were labeled “Methodist” because of the way they used “rule” and “method” to go about their religious affairs.

The Bible, the Book of Discipline of The United Methodist Church, the Twenty-five Articles of Religion.

John Wesley founded the Methodist religion with the primary motivation and ultimate goal of devout godliness. Today United Methodist beliefs are similar to many mainline Protestant denominations, with more liberal or tolerant views with respect to race, gender, and ideology.

The Methodist branch of protestant religion traces its roots back to 1739 where it developed in England as a result of the teachings of John Wesley. Wesley’s three basic precepts that began the Methodist tradition consisted of:

Shun evil and avoid partaking in wicked deeds at all costs, Perform kind acts as much as possible, and Abide by the edicts of God the Almighty Father.

God is all-knowing, possesses infinite love and goodness, is all-powerful, and the creator of all things.
God has always existed and will always continue to exist.
God is three persons in one, the Father, the Son (Jesus Christ), and the Holy Spirit.
God is the master of all creation and humans are meant to live in a holy covenant with him. Humans have broken this covenant by their sins, and can only be forgiven if they truly have faith in the love and saving grace of Jesus Christ.
Jesus was God on Earth (conceived of a virgin), in the form of a man who was crucified for the sins of all people, and who was physically resurrected to bring them the hope of eternal life.
The grace of God is seen by people through the work of the Holy Spirit in their lives and in their world.
Close adherence to the teachings of Scripture is essential to the faith because Scripture is the Word of God.
Christians are part of a universal church and must work with all Christians to spread the love of God.
Baptism is a sacrament or ceremony in which a person is anointed with water to symbolize being brought into the community of faith.
Communion is a sacrament in which participants eat bread and drink juice to show that they continue to take part in Christ’s redeeming resurrection by symbolically taking part in His body (the bread) and blood (the juice).
Wesley taught his followers that Baptism and Communion are not only sacraments, but also sacrifices to God.
People can only be saved through faith in Jesus Christ, not by any other acts of redemption such as good deeds.

Methodist Distinctions from Other Protestant Faiths

The most fundamental distinction of Methodist teaching is that people must use logic and reasonin all matters of faith.
Also important is the acknowledgment of “prevenient,” “justifying,” and “sanctifying” graces. It is taught that people are blessed with these graces at different times through the power of the Holy Spirit.
Prevenient grace is present before they are saved from the error of their ways.
Justifying grace is given at the time of their repentance and forgiveness by God.
And sanctifying grace is received when they have finally been saved from their sins and the sins of the world.
And lastly, the Methodist Church puts a great emphasis on missionary work and other forms of spreading the Word of God and His love to others.