Ginger E. Gaines-Cirelli is a life-long United Methodist who is passionate about sharing the good news of God’s liberating love in Jesus Christ.

In 2014, she became the first woman to serve as Senior Pastor of historic Foundry UMC in Washington, DC. Since Ginger’s appointment, Foundry has re-energized its work for racial justice, become a founding member of the Sanctuary DMV movement, and created a Sacred Resistance Ministry Team to mobilize consistent action in response to troubling current events.

A graduate of Yale Divinity School, Ginger has served a variety of congregations: small and large, urban and suburban in the Baltimore Washington Conference of the United Methodist Church, in addition to an uptown Manhattan and two-point charge in the New York Annual Conference. Ginger has served the Baltimore Washington Conference as Chair of the Board of Discipleship and currently serves on the Board of Ordained Ministry. In addition, she has served as an elected delegate to the 2016 General Conference and the 2019 Special General Conference of the United Methodist Church.

For over 20 years as a pastor-theologian, her ministry has encouraged spiritual growth and engaged discipleship—emphasizing radical hospitality, shared ministry, spiritual practices, and solidarity with the poor and oppressed. With this focus, she has brought depth, health, and growth to every community she has served. Ginger contributed to and served as a general editor for The CEB Women’s Bible (Abingdon, October 2016). Her book, Sacred Resistance: A Practical Guide to Christian Witness and Dissent, was released in May 2018. Ginger is a sought-after preacher, teacher, and facilitator at local, regional, and international events. 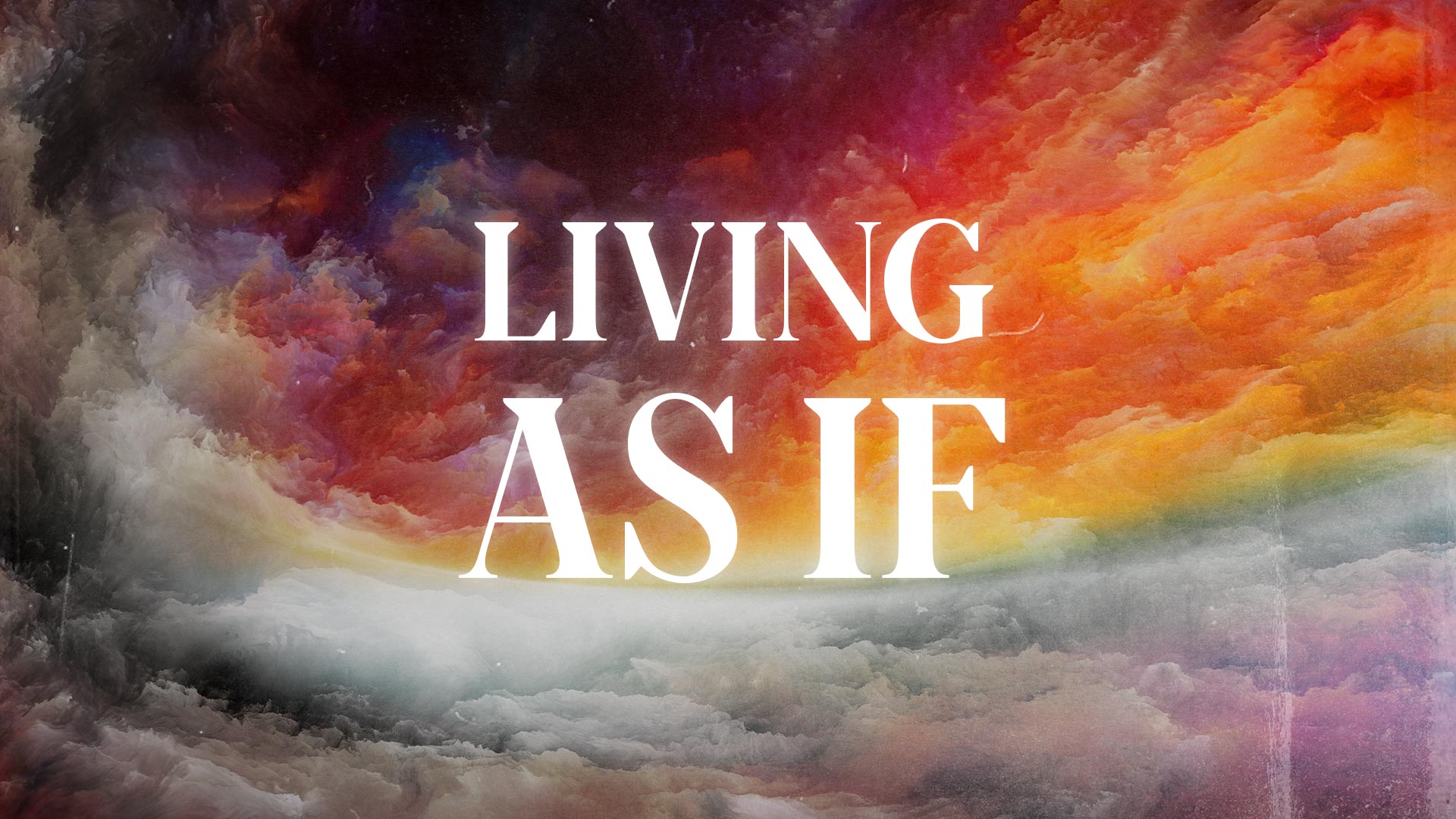 A Practical Guide to Christian Witness and Dissent 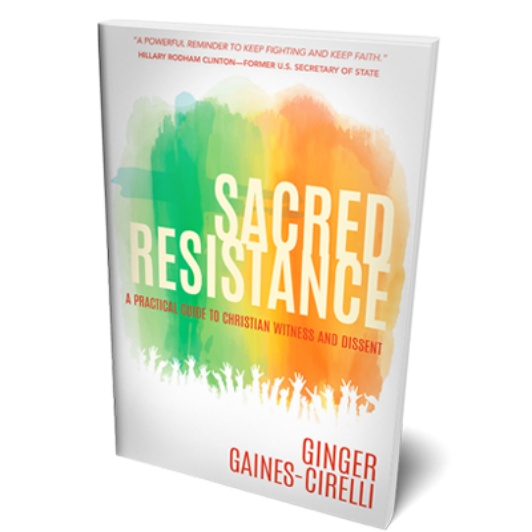 How should persons of faith respond when government officials and political leaders behave in ways that contradict values long espoused by Christian tradition? How should churches respond? Sacred Resistance: A Practical Guide to Christian Witness and Dissent provides thoughtful guidance for those pondering their answers to those questions.

I especially remember Ms. Wanda today as it was Mother’s Day 26 years ago when her son Ahmaud was born.  And as I prepared for today, I was struck by how many of these women I’ve just named have channeled their grief and pain into advocacy, education, and public service. They, like the women who instigated the first expressions of Mother’s Day, are not simply letting a disease—in this case the disease of racism and racist violence—continue as the normal way of things, but are rather tirelessly pressing for new practices and policies, for healing, justice, and peace.
That is the intention of Foundry Church as well. We’re not going to just flare at the outrage of another lynching. We have systematically, consistently, and more slowly than many of us would like, been laboring to arrive at this day, when we enter a time of self-assessment and discernment to identify and address how our words, practices, and both conscious and unconscious bias toward siblings of color may undermine our desire to become beloved community. This work will be akin to Foundry’s “Summer of Great Discernment” around the question of marriage equality. In order for this to have lasting impact and not just be an exercise in massaging our perceived moral highground muscles, I implore all who care about the life and witness of Foundry and truly desire a more intentional and awake expression of beloved community to engage this process even when you don’t feel like it. In a moment you will hear from servant leader, Greg McGruder, to learn more about this initiative.
I want to close by lifting one detail that may be easily overlooked in our text today. Stephen, filled with Holy Spirit as he stood before his accusers, looked up and saw Jesus standing at the right hand of God. Normally, Jesus is seated at God’s right hand. Early interpreters like Ambrose and Augustine picked up on this detail. Ambrose observed, “Jesus stood as a helpmate; he stood as if anxious to help Stephen, his athlete, in the struggle…” “[Jesus] sits as Judge of the quick and the dead; he stands as his people’s Advocate.”
As those who claim to follow Jesus, let’s stand with those he stands for, those who like Stephen are the victims of injustice… Let’s do our own work wherever we are that beloved community might become more than a dream among us strengthening us for the ongoing work to change the world for the better. Let’s let the tragic loss of life wake us up and motivate us to find a new—and so much better—way of life together.

"I don’t recognize my church." That’s what I said to myself while serving as a delegate of the 2016 General Conference in Portland, Oregon.

Ginger Gaines-Cirelli: Sacred resistance is about our being, not just our doing

In her new book, “Sacred Resistance,” the senior pastor of Foundry UMC in Washington, D.C., articulates how Christians can engage in the work of mending the world.

HOW TO LOVE THROUGH RESISTANCE

The language of “resistance” has a long history. For many it will call to mind those who’ve marched, stood on picket lines, participated in sit-ins, and put their bodies between trucks, tanks, and other people or cherished land. Used as a political term, resistance is generally understood as a kind of collective civil disobedience, focused on justice and human rights, and embodied in public actions like those just mentioned.

Growing up in a small town, Ginger Gaines-Cirelli ’96 M.Div. saw the wounds caused by poverty and segregation. Growing up United Methodist, she saw the urgency of connecting personal piety and social action.

5 Things to Consider Before Engaging a Public Issue

When so many causes, crises, and critical needs demand our attention, how can a congregation decide where to engage? Pastor and author Ginger Gaines-Cirelli outlines key questions and concerns in discerning a faithful and sustainable response to public issues.

From Mourning to Dancing

While it is still dark, Easter happens. Because if the message is that Easter only happens in the light, when we feel strong and certain, when suffering and death hasn’t touched our lives, when the powers of empire have been defeated and justice is consistently done — if that’s the only context where Easter happens, then our celebration of Easter would be a farce.

Ginger Gaines-Cirelli, author of Sacred Resistance, says it’s up to preachers to address the pain, injustice, confusion, and chaos in our days even when it is risky, and she offers guidance on approaching controversial issues in meaningful and responsible ways.

WHAT MIDDLE AM I IN?

Nearly ten years ago at a dinner in New York City, I was stunned when someone at my table declared clearly that there is really no point in dialogue or relationship with those whose beliefs will not be conformed to your own.

OUR WORKS OF PIETY IN PURSUIT OF THE COMMON GOOD

"I’m not sure how I feel about living in this city,” said a theologically trained young adult with a passion for social justice. As a relative newcomer to Washington, DC, he shared, “It seems that Washington attracts folks who care a lot about power and what it takes to get it.”

Beth Bingham began to see Hagar of the Old Testament in a new way after studying The CEB Women’s Bible.

Suddenly she wasn’t just the servant who bore Abraham a child when his wife Sarah couldn’t. She was, essentially, the Bible’s first single mom — one who had to leave the house because tensions were so high.

Bingham, a student at Virginia Theological Seminary, couldn’t wait to bring The CEB (Common English Bible) Women’s Bible and share her Hagar insight with the female inmates she studies Scripture with twice a month.

“Why should I add another Bible to my shelf?” This good-natured question has emerged often these past months as folks have learned that I served as an editor for the new CEB Women’s Bible.

The CEB Women’s Bible is a specialty edition of the Common English Bible, sold and distributed by Abingdon Press, part of United Methodist Publishing House. As a contributing editor, Rev. Ginger Gaines-Cirelli shares, “I think the vast, inclusive number of women’s voices that we have represented in the writings is beautiful and wonderful.” All five editors are women, as are all 80 of the commentary contributors. The team includes mainly seminary professors and pastors, but also Christian novelists and a rabbi.